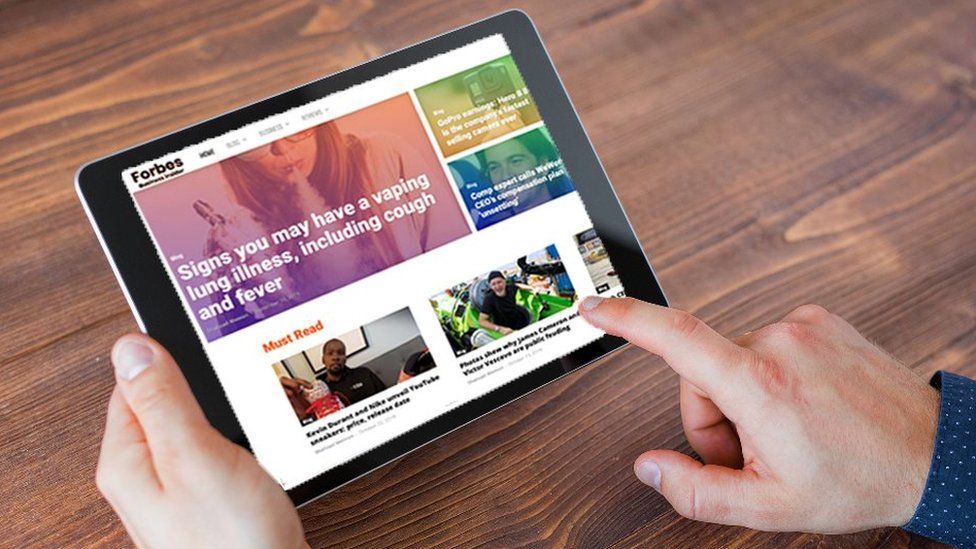 Forbes and Business Insider are both well-known news sites. So is forbesbusinessinsider.com a new spin-off?

No. It has nothing to do with either Forbes or Business Insider.

In fact, it’s a site that copies and pastes entire articles from other publishers and reposts them with very slight changes.

There are 350 million registered domain names on the internet. Experts say it’s impossible to count how many are sham news sites.

But just like legitimate websites, they earn money from the major tech companies that pay them to display ads.

Amazon and Google are two of the world’s biggest players in the digital advertising industry.

They bring in billions of dollars a year from selling access to ad space across the internet.

After Google was alerted to the site by the BBC, it stopped publishing ads on it but Amazon is still doing so.

The site was created by a web design firm based in Karachi, Pakistan. Designer Shahzad Memon told the BBC his company built forbesbusinessinsider.com as a test to find ways of increasing search engine optimisation – the ability to make a link to a site appear high up in search results for certain queries.

”You don’t have to be an advanced hacker to do this,” said Dr Augustine Fou, a digital advertising expert based in New York.

”As long as you know a little bit of code, you can build a basic website using templates.”

Often the sites are not designed to be seen by human eyes at all.

The laredotribune.com website also – at first glance – appears to be a regular news site for a city in south Texas. There are stories about local residents and President Trump’s border wall with Mexico. 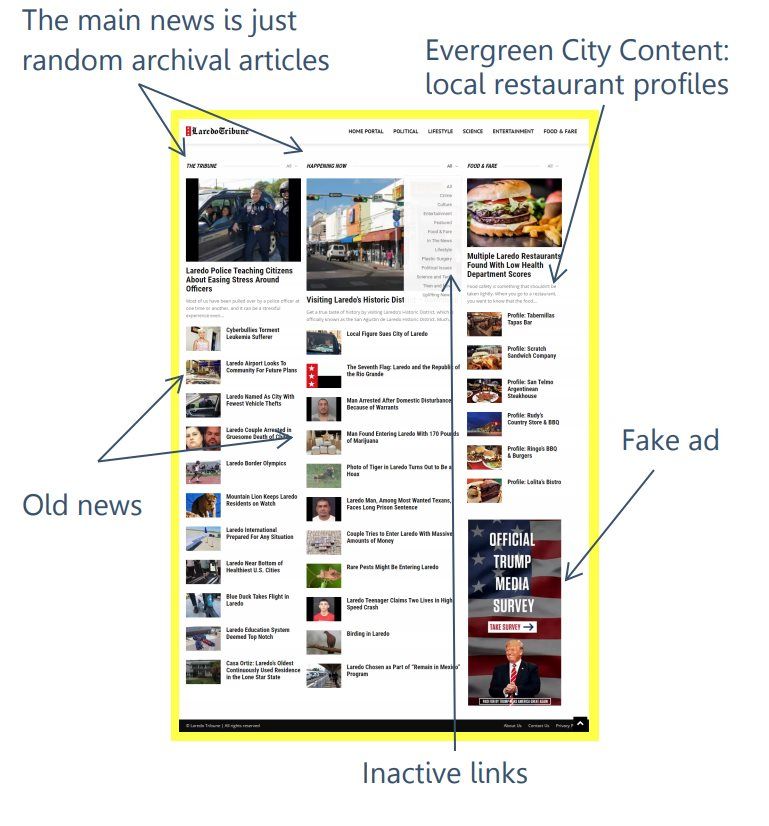 But the stories have no publication date. There are no contact details for the editorial staff and the site loads slowly due to the large number of ads.

Yet the site has had 3.7 million page views over the past three months, according to data from analytics firm SimilarWeb.

But the audience is fake. Bots are used to give the impression of high traffic, generating very real revenue for the site’s creators.

”We estimate each site is making at least $100,000 [￡77,450] a month,” said Vlad Shevtsov, director of investigations at Social Puncher, the firm that exposed a number of fraudulent news sites. The organisation says ad fraud is a million-dollar industry.

Dig a little deeper into the Laredo Tribune’s user data, and there are other clues it is not legitimate.

Advertisers might ask why there were 500,000 page views in September, which jumped to a staggering three million views in October.

Ads for major UK brands including Virgin Media, Superdrug and even TV Licensing were all displayed on related sham news sites seen by the BBC. 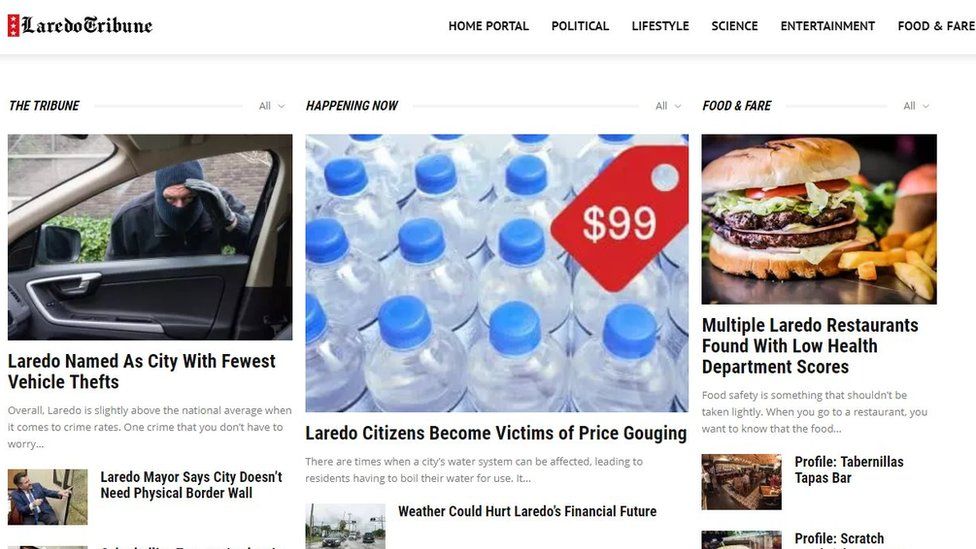 ”We hope more can be done across the industry to clamp down on these instances of pay-per-con advertising fraud,” said a Virgin Media spokesman.

Google says the Laredo Tribune does not breach its advertising rules, and it found no issues with traffic to the site.

”That means that next month, the anonymous owner will get the next payout cheque from Google,” said Mr Shevtsov.

But many in the industry say Google does not do enough to ensure advertising budgets are not wasted via other bogus sites.

”I get why this is really hard for a platform like Google to police. There are hundreds of thousands of apps and millions of sites that use its advertising technology to make money,” said Dr Fou.

”But after years and years of knowing about abuses, they ought to be doing something more proactively, not just taking action after third parties do all the work for them.”

Google says it is very invested in the fight against ad fraud. The BBC invited Amazon to comment but it did not respond.